On the surface, which type of measuring unit you choose to use may not seem like a big deal. However, there are many times when it will have an influence in how you operate, and this will in turn have an effect on how much time and money you spend on a project. It is therefore something that you need to critically think about, particularly if you are starting a large or long term project. Most people now prefer using metric fasteners, which are usually size using centimeters and millimeters. Some of the main benefits of this include: 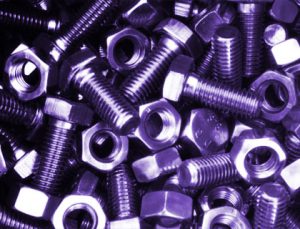 It’s a global method of measurement

The imperial units of measurement are only used in the United States, and even then there are many parts of the country where the metric measurements are now being used more frequently. This means that if you are going to collaborate with entities in other countries, you will be better off making use of the metric fasteners. It will be easier to communicate with them since you will be referring to the same measurements at all times. This makes the metric fasteners the best ones to use in case you need collaboration with many other parties around the world.

They are not prone to regional errors
One of the other problems you may face when using imperial measurements is the fact that the same term can vary in other parts of the world. For instance, an inch in the United States might not be exactly the same length as an inch in Australia. This means that if you order products such as Inconel socket set screws or aluminum hex tap bolts, they will turn out to be slightly larger or smaller than you anticipate. Once again, this makes it difficult to coordinate projects across countries. However, one centimeter in the United States will have the same length anywhere in the world.

Subdividing units of measurements is not difficult

When you use metric fasteners, the issue of subdividing measurements will not be difficult. This is because the unit of measurements differs with each other by units of ten. For instance, ten millimeters makes a centimeter. However, when you use the imperial fasteners, you will find that annotating half an inch may have an unexpected result. This means that people who are not careful or who are not used to using the imperial system will have a difficulty doing this. This in turn makes it hard to order the right fasteners. For instance, half of a 16/32 bolt would be 16/64, which may not be obvious to many.