When using nuts and bolts, one of the issues that most people don’t pay attention to is the type of combination used for both. This is something that you should avoid, particularly if you are using the fasteners in large scale. Using the wrong combination of nuts and bolts in large scale has the potential to cause many problems including increased financial costs. In a few cases, the problem could be so severe that it results in structural instability of the items you are putting together, which means that you could end up with structural failure. To this end, you should always take the issue of such nut and bolt combinations seriously.

What can go wrong?

When you intend to use different fasteners such as Inconel socket head cap screws and aluminium hex nuts, some of the problems you are likely to face include: 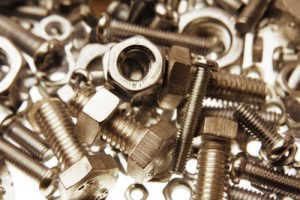 The principles you should live by

This basically means that when you need to use nuts and bolts, you need to have a few guiding principles that will help you figure out how to combine them. One of these is that the materials in which they are made should not be reactive with each other. Ideally, they need to be made of chemicals that are the same, or which belong to the same chemical family.


It’s also wise to buy the fasteners from the same manufacturer as well. This way, you will be assured that each nut and bolt will have been made by the same manufacturer in the same conditions. In this way, you will be less likely to deal with issues such as nut and bolt fits that are not perfect, or chemical combinations that might react with each other.
If you are not sure about how to go about the above, you can always consult your vendor for more help. They are usually in a very good position to figure out how to combine nuts and bolts for the best effect for different environments. Of course, this depends on a number of factors, including how knowledgeable the contractor is with such issues. Working with a high quality vendor will ensure that you get the correct information regarding this.