Wind energy is fast becoming one of the most popular forms of energy in many parts of the world. In fact, in some countries, it has become the number one source of power for the populations. The fact that wind is one of the cleanest sources of energy means that in the foreseeable future, one can expect even more countries to consider setting up wind farms for power production.
One of the critical forms of infrastructure that is needed for doing this is the fasteners which include nuts and bolts for example. It’s important that high quality fasteners are chosen for such a project, since they will determine a lot including:

The cost of the project

For such a project to be cost effective, the cost of setting it up should not be very high. The choice of fasteners selected for the job will have implications on this in both the long and short term. When needlessly expensive fasteners are chosen for the job, they are likely to inflate the cost of setting up the wind farm. If the wrong type are chosen, it will influence the cost of maintaining the facility. To this end, fasteners to be used in harnessing wind energy should not be chosen randomly. They need to be selected on the basis of having benefits that will be needed specifically for such a project. 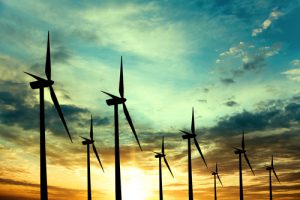 The ease of installation

When regular fasteners such as aluminum socket head cap screws and Inconel hex head cap screws are used to install wind turbines, it’s very easy to install and undo them. As a result, the process of installation will be much faster, and maintenance will be more convenient as well. This may have an impact on the cost of energy produced at the wind farm. Easy installation will reduce the amount of time spent on the project, and it will also require less specialized skill to get it done as well. When choosing the design for the wind turbines, getting ones that are easier to install is always better.

The quality of operation

In many cases, fastener selection will also affect the quality of operation. For instance, when high quality fasteners are chosen and used correctly, the amount of noise produced by the wind turbines will be reduced. They are also less likely to suffer from damage from the mechanical stresses produced by the wind turbines, as well as from chemical reactions such as rusting.
It is clear to see that when installing wind turbines in a wind farm, the issue of fastener selection should not be taken for granted. These are just some of the things that will be affected by your decision regarding this. If you are not sure about how to go about selecting the right fasteners for such an application, you can always consult your fastener vendor. Those who have a lot of experience in dealing with commercial customers are likely to be well equipped with knowledge that you can use to make the right decision. It will also have far reaching long term benefits as well.