At some point in time when you are thinking of using fasteners such as aluminum  hex head cap screws or steel hex nuts and bolts, you will be confronted with the decision on which type you should pick. Typically, most people end up finding this a difficult thing to do particularly if they have not considered the vast range of options available to them or the exact reasons why they are getting the fasteners in the first place. However, if you are clear about these, it will be very easy for you to avoid being confused by the variety.
Some decisions might initially seem simple, but may need technical expertise. One of these is whether you should get partially threaded or fully threaded bolts. It is not advisable for you to simply choose to use one or the other, but to first address the reasons why you are getting the fasteners in the first place. 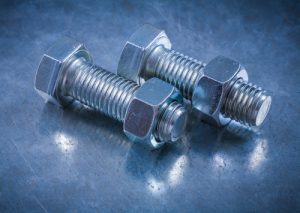 The difference between the two

Fully threaded bolts usually have a thread that runs the entire length of the bolt from the head to the tip. On the other hand, the partially threaded ones usually have an unthreaded part beneath the head. This part of the bolt is known as the grip length, and usually varies depending on the reasons why the bolt will be used. Usually, consulting the vendor should be a good enough way for you to figure out which partially threaded bolt is good enough for your needs.

How they are used

The fully threaded bolts are normally usually used in situations where grip strength is very critical. The fact that the entire shaft is threaded means that all the tension placed on the bolt is spread over the entire structure, and this means that it can withstand greater forces than the partially threaded ones. One of the major advantages of fully threaded bolts is that they rarely shear, and tend to not loosen as much. On the other hand, the partially threaded bolts are commonly used where alignment and shear resistance are very important. This is because the lack of threads in the grip length lends the bolt excellent shear properties,  as there are no weak points that could lead to cracking or bending. Tremendous forces are usually needed in order to shear such a bolt.

Which one should you pick?

Once you have understood the differences between the two types of bolts, it should be easier for you to decide which one to use for a particular application. If you think that the fasteners will undergo a lot of shear, then using the right partially threaded bolt might be better, as opposed to when you need the grip strength to be high. One of the easiest ways of getting this information is by simply consulting a fastener expert to help you out. If you buy the bolts from a high quality contractor, this should not be very difficult since they usually employ staff who are very knowledgeable in such matters.

Started her career in the fastener world in 1991 working at Melfast as a receptionist, also handling clerical duties. Later on she began training in sales and also taking on purchasing duties. She is currently responsible for all purchasing and also is responsible for the sales of many accounts of Melfast.