When using various types of fasteners, there are many challenges that often need to be dealt with. Most of the time, thinking about them in advance makes it easier for you to determine the best types of fasteners to use in a particular setting. For instance, after having considered all the variables, you may come to the conclusion that aluminum hex head cap screws rather than stainless steel hex nuts and bolts would be ideal for a particular application.  In such cases, interchanging the two could lead to problems.
One of the variables that you may not pay attention to is magnetism. There are many instances where you may want a product to be magnetic, and also where you may not want it to be so.

When you need to avoid magnetism 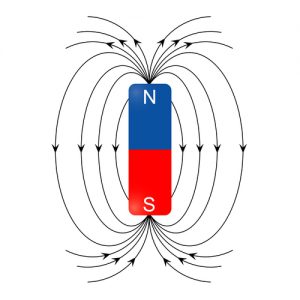 An example of where magnetic fasteners need to be avoided is where the product being assembled can be affected by magnetism. An example of this is a precision electronic device that runs on very low currents, or which is used to measure minute levels of electricity. In such cases, the presence of magnetic fasteners could result in the generation of electricity through electromagnetic mechanisms. With time, this could result in a less precise device, and could also result in poor operation of the same. In such scenarios, it would be wise for you to ensure that the fasteners are not magnetic. This can be done by getting those that are made out of alloys such as Inconel, or metals that are known to be not magnetic such as aluminum.

In some cases, you may find that the fasteners are magnetized, something that you need to get rid of. Doing this usually involves unfastening the magnets, and then orienting them in an east-west position. You can then heat them while exposing them to repeated blows. This results in disorientation of the dipoles, the elements that are responsible for the magnetism in the fasteners. You can also consult firms that specialize in providing such a service. This is particularly so if the number of fasteners you will deal with is huge. In such cases, demagnetizing them on your own may  not be feasible and may take too long.

When you need the magnetism

In other scenarios, you may need the fasteners to be magnetic. In such cases, it would be wise to have the fasteners made out of a magnetic material. This is easy to find in most cases. It’s important for you to consider coating these types of fasteners, since most of them will be prone to corrosion. If you are going to use them in a humid or wet environment, coating them will reduce the need to keep replacing them on account of corrosion. It also limits the risk of difficult extraction.
In summary, magnetism is a variable that you definitely need to consider when you are investing in fasteners. The above tips can give you a basic idea of what to do when shopping so that you can achieve this.