The restoration of old ships is a fun process, though it can also be arduous at times. If you find yourself in a position where you need to restore one, it would be wise to ensure that you plan on how you will go about it. This is particularly so if you want to ensure that the finished product will have the same characteristics and looks as it would have in its heyday.
To do this, you may need to use the ship building technologies that were used at the time the ship was manufactured, rather than the ones used today. For instance, in a place where you would use titanium hex head cap screws today, ship builders of old may have used an entirely different fastener. It’s important that you acquaint yourself with such issues before proceeding with the restoration.

One of the issues you should be particularly keen on is how to put the hull of the ship together. Depending on the period in which the ship was initially built, you may need to use riveting to do this, rather than using aluminum hex nuts or other types of fasteners. The riveting has to be done properly, which means using the right materials and skills. Some of the reasons for this include: 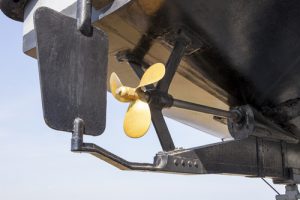 The issue of aesthetics

Part of the aesthetics of an old ship is down to the way the rivets were put in place. This means that if you are restoring an old one and want it to look exactly like it would have when it was initially built, you would need to make sure that the riveting is done right. This means that issuers such as the spacing between each rivet and the type of material used for the rivet need to be gotten just right. In many cases, you will need to work with a vendor with a huge inventory in order to find the riveting products you need. The beauty of such vendors is that even if you don’t find wheat you need in their inventory, you can always make custom orders.

The longevity of the ship

When you are restoring an old ship, the goal is usually to make sure that it will last for a long time even if it will be used. When the riveting is not done properly, this might not be possible. One of the consequences of poor riveting is that the hull may let in small leaks which will damage the interior of the ship. As a result, you may find yourself having to do frequent maintenance on the ship, which will cost you a lot of money.

The other importance of proper riveting is that it might result in sections of the ship coming apart. For instance, if one rivet is not put in place properly in a part of the ship that is subjected to a lot of pressure, this could result in the other rivets giving way on account of improper load distribution.