Air travel has become one of the most popular forms of transport in many parts of the world owing to its speed and convenience. In fact, many airlines have noted an increase in passenger numbers over the past decade, and this is likely to increase in coming times. With this in mind, one of the things that many manufacturers and regulators are keen to avoid is the expected proportional increase in plane crashes.
Though air traffic is statistically one of the safest modes of transport, any crash is usually associated with a very high chance of mortality for passengers and crew. To this end, the causes of such crashes are usually thoroughly investigated, and measures put in place to ensure that they never cause accidents again. One of the major issues that contribute to this is fasteners which cause structural failure of the various components of a plane, leading to a crash.

The scope of this problem

Most of the major components in any plane are held together by various types of fasteners. In planes, most of these are made specifically for this application, rather than using general purpose fasteners. For instance, you will find that most items are put together using titanium hex head cap screws or aluminum hex nuts. These materials provide the benefits of high degrees of strength with incredible lightness. This combination is perfect to make planes both efficient and reliable.
However, when a problem with the fasteners occurs, it could lead to various forms of structural failure. The fact that planes are usually subjected to great forces when in operation means that even if the failure is minimal, it could rapidly deteriorate and lead to crashing. For instance, if a single fastener in the landing gear breaks, the plane could crash during takeoff or landing. 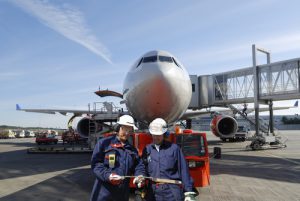 The common causes of such failure

There are several identified fastener-related causes of such structural failure. One of the common ones is through improper use of the fasteners. For instance, when a plane is due for service, one of the bolts or nuts may not be put in place with the correct torque, leading to rapid loosening when in operation. To avoid this, most aircraft maintenance facilities have put in place multiple checks to ensure that such an issue does not occur. Each bolt is usually double checked to ensure that it’s been properly placed.
Failure to replace some parts on time has also been shown to be a contributing factor to such failure in the past. To avoid this, all aircraft owners are these days subjected to stringent requirements regarding when to do renovation of their planes. This way, the parts can be replaced just before they break down to the point of being a risk of structural failure in the plane.

The quality of fasteners

Lastly, the quality of fasteners can also contribute to this failure as well. To prevent this, all maintenance personnel are usually encouraged to only buy fasteners from firms that have a good track record in supplying such fasteners. This way, you can be sure that the products you buy will be well made and tested.