Road signs are an important part of many countries’ infrastructure. Without them, the risk of accidents related to misunderstandings is likely to rise. Road signs also make it much easier to use facilities such as parking lots, since they provide a medium through which instructions can be passed. When you are interested in installing such signs, there are a number of things you ought to keep in mind to ensure that this gets done right.
One that you are likely to take for granted is deciding which fasteners to use, and how to use them during road sign installation. It might seem like a simple enough issue, but mistakes made when making this decision could end up being catastrophic. Some of the fastener tips that you can use when considering road sign installation include:


How likely are they to be corroded?

Road signs are installed in the outdoors, so you can expect that they will be exposed to the elements. When they are fastened using fasteners that are likely to be corroded, the likelihood of the signs lasting a long time is limited. Some of the types of fasteners that are likely to last long in such a setting include aluminum socket head cap screws and Inconel hex head cap screws. These are designed using materials that are relatively inert, so the risk of chemical reactions is limited. However, when you use other fasteners such as those made out of iron, the corrosion they will experience might lead to a collapse of the sign. The dangers associated with this range from simple ones such as having the sign fall by the road. In some cases, more catastrophic events such as overhead signs falling on passing cars can also happen. The fallout from such an event could be significant, and in some cases the firm responsible for making the signs could even be taken to court. 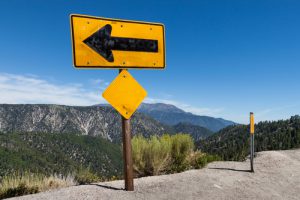 Will they reduce visibility?

When you are designing road signs, the aim is to ensure that they are as visible as possible. Remember that cars and pedestrians might not have much time to read them, so making sure that they are visible and legible will make them more practical. Though this is not the commonest cause for poor visibility, poor choice of fasteners can result in the same. For instance, when a fastener head occupies a large area of the sign and also happens to be reflective, it could result in blinding of oncoming drivers at night.

They should be able to support the weight of the sign

Some signs, such as those on overhead gantries, tend to be very heavy. When choosing the fasteners for such signs, you need to make sure that they have physical properties that can support the entire weight of the sign. Not doing this could result in gradual wear of the fasteners, which will ultimately result in collapse of the entire structure.
Installing road signs often seems like a very straightforward process. However, it’s important to ensure that one always uses the right fasteners for the job if quality and value for money are to be achieved.