Many people who are in the process of building decks still use the standard deck screws that have been around for ages. These products were developed more than twenty years ago, and despite the fact that they technically work when used for this, it’s important for you to consider more advanced ways of handling this issue when buying such screws.
Today, there are many innovations in the industry, and this means that you can easily find deck screws that are manufactured in such a way as to match your needs perfectly. Buying these makes a lot of sense, since you will achieve greater longevity and value for money compared to when you buy the older deck screws.

Variations in color
One of the ways in which deck screws today differ from the ones that were manufactured in the past is the fact that you are likely to get a lot more variety with the former. For instance, rather than being forced to use screws that are in different colors, you can easily buy one that matches your decking needs. The first deck screws to offer such versatility came in only five colors, but today you can find around twenty different colors of deck screws. Most of these also come with different head designs so that it’s easier for you to get combinations that provide the aesthetic appeal that you are interested in getting.
This essentially means that when buying such screws, you can do so in such a manner that you will end up with the best combination of both deck and screw color. This is a decision that has to be made carefully in order to ensure that the match is as perfect as possible. For instance, if you are going to use the screws on wood that is going to be allowed to weather, it would be wise for you to get grey deck screws which are more likely to match with them.

Reliability
One of the other reasons why you should consider buying modern deck screws in addition to the variety issue is the fact that they tend to be very reliable. Most of them are designed with combinations of material that provide a lot of strength and resistance to damage. A very good example of this are the screws made out of stainless steel and carbon. Low quality screws are likely to have more complications during and after use, including snapping during installation. This is normally not only expensive, but also frustrating as well. Other types of failure that plague the older deck screws include coming out during installation.
As you can see, there are many benefits of opting for the newer standard screws compared to the older ones. The latter might be in some cases cheaper, but the former tend to provide the perfect blend of affordability, reliability and aesthetic appeal. Investing in them is therefore wise when you need to design a deck that will last long and which will have the best aesthetic properties. 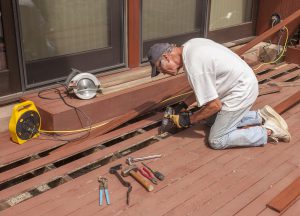